Many people try to think about where their food is coming from, but advocates for food sovereignty say you should also think about the working conditions of the people who grew or produced it, and what the carbon emissions were to get it to you. Four Stories project director Elizabeth Vibert joined All Points West host Kathryn Marlow to explain, and to give practical tips on how to try and work towards food sovereignty.

"Globalization is a major root cause of many of the challenges facing our food systems today. Food sovereignty seeks to take back a meaningful measure of control or self determination of food systems locally, regionally, and even nationally so that it is not the big global internationals determining the value of food."

Listen to the full segment at https://www.cbc.ca/listen/live-radio/1-93-all-points-west/clip/15763845-food-sovereignty-thinking-about-more-than-just-where-your-food-comes-from

One of our research assistants, Kelsey Lessard, recently published an article about the Four Stories project in The Marlet, Uvic's student newspaper. 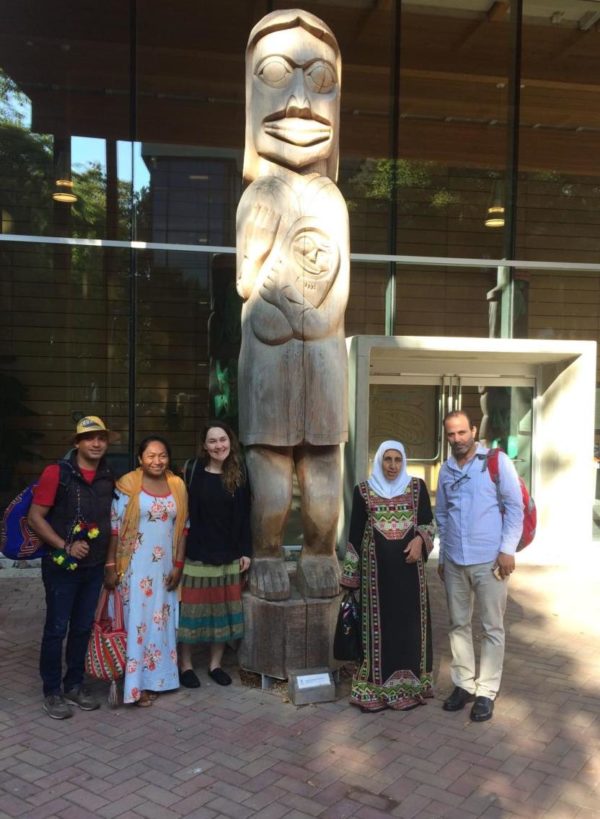 "Now more than ever is the time to help support small-scale food producers around the world to ensure the long-term sustainability of a secure and equitable food system. By working together, a new map that ensures food systems are culturally, ecologically, and economically sustainable can be drawn. While the movement is global, local actions can be taken, just as T’Sou-ke Nation has done, to ensure food security and a measure of food sovereignty for all future generations."

Read the full article at https://www.martlet.ca/uvic-based-research-project-aims-to-support-global-food-sovereignty/

It takes hours to fly across the Sahara Desert. I strained my neck taking photos, trying to capture the unearthly colour on my phone. I didn’t manage but I did get some images that glow a strange golden pink. I fell asleep, tired from the effort of staring awkwardly over my shoulder. When I woke we had left the desert and entered the zone of mottled browns and greens. The flight-tracking map showed the place name ‘Maiduguri’ off the tip of the right wing. Maiduguri. Site of seemingly endless brutal attacks, massive human displacement, and thousands of deaths at the hands of Boko Haram terrorists in the past few years. There have been many times more casualties of terrorism in this corner of Nigeria in three years than in the entire West since 9/11. Yet most people in the West have never heard of Maiduguri. Why should we? There’s quite enough hardship closer to home – enough poverty and homelessness and senseless violence (at the hands of intimate partners if not armed terrorists) to keep our heads spinning. Why spare a thought for Maiduguri?

Because it’s dangerous not to. I don’t mean dangerous in practical terms, as in ‘if we don’t combat the causes of terrorism (among them desperate poverty and hopelessness), instability will fuel more terror and the terrorists will pitch up at our place.’ This seems so obvious as to not need stating. And besides, that ship has sailed. I’m talking about the moral danger of turning inward. If we focus all our attention on our little patch – our body as our temple, our family or our city as our world – we diminish our connection to something bigger. When we lose sight of our connection to humanity it becomes all too easy to think of people out there as beyond our concern. Them, not us; certainly not equal. How do we decide where is ‘out there’? Is it on another continent? On an Indigenous reserve? Next thing we're building walls around our homes, if we haven’t already.

I’m not proposing we all get on a plane to Africa. Heading off to faraway places doesn’t inoculate against ‘othering’ habits of thought. In fact going to places where people do things differently can confirm prejudices in minds that are narrowed by intolerance (or worse, by blind certainty of their own rightness). But if it isn’t necessary to go to Maiduguri, it is necessary to think beyond the local. We need to inform ourselves, question what’s going on so that we’re reminded, at least occasionally, that there is a world of human struggle, conflict, love, and beauty out there. That struggle is connected to our own in all sorts of ways – through histories of colonialism, self-serving trade policies, destabilizing global politics – but most intimately through our common humanity.

I'll be in Jopi village through much of May, continuing my oral history research with the women of Hleketani Garden. Watch this space for updates on the farm and the wonderful women who make it happen.
Elizabeth

Many thanks to Tori Wong for the interview published March 29 on IDEASXCHANGE. You can read it here

As a fundraiser for Hleketani (‘Thinking’) Community Garden, Basani Ngobeni and Elizabeth Vibert have produced a colourful little cookbook. If you’d like a copy of ‘Recipes from The Thinking Garden’ ($20 plus postage), send a note to: jopifarm@gmail.com 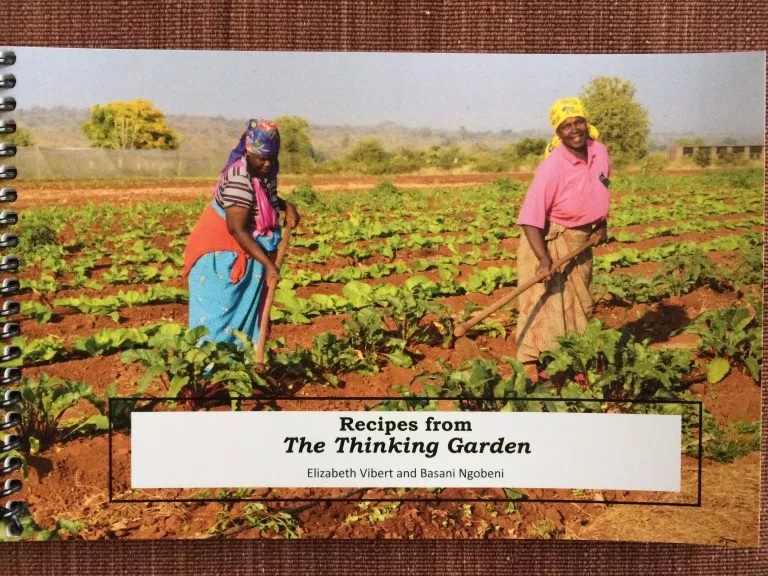