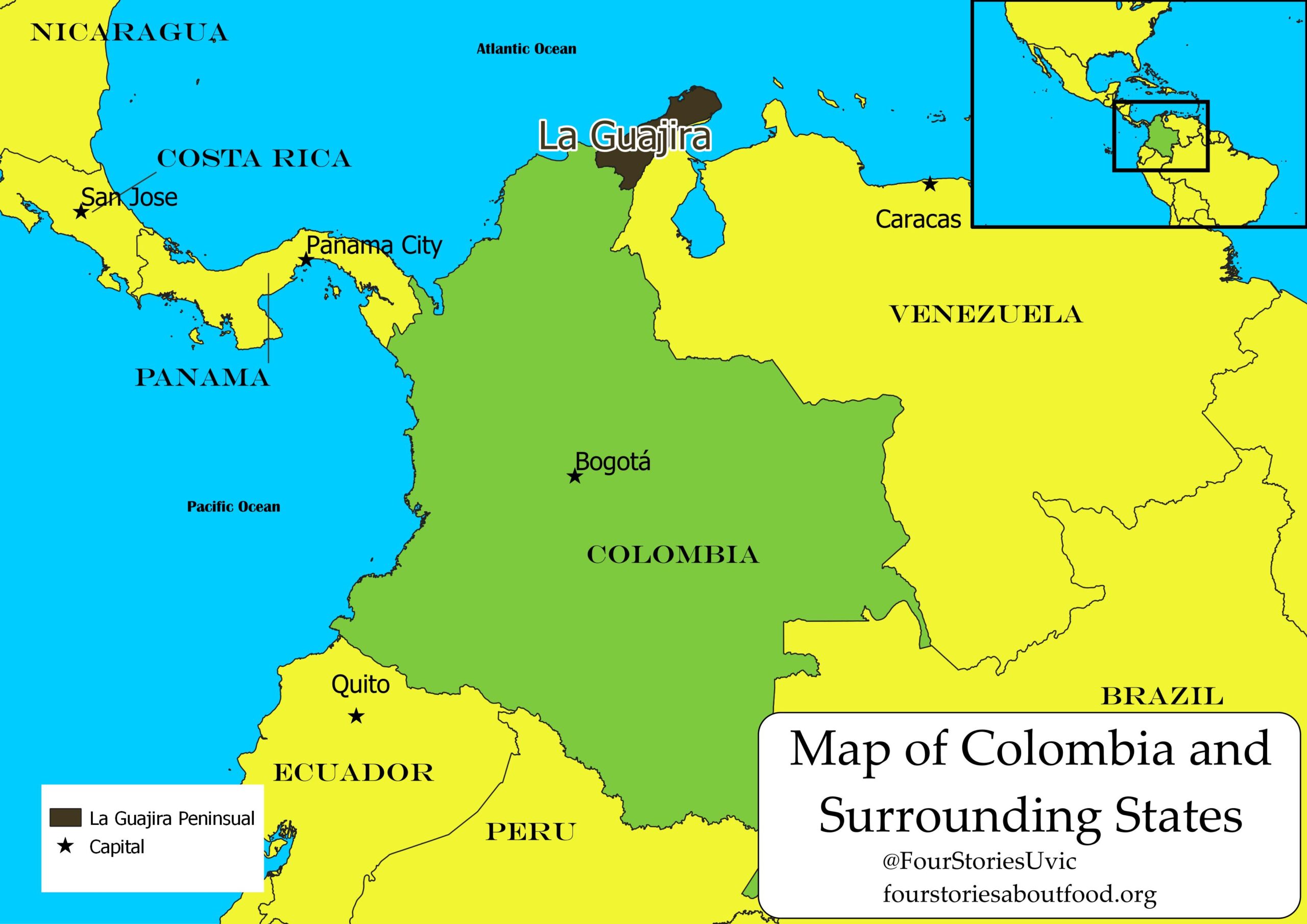 The Indigenous Wayuu (pronounced Why-you) community participating in this project is located in northern Colombia in a region called La Guajira. Wayuu pastoralists in Colombia are embroiled in multiple crises as they face severe drought, fight to protect their lands and herds from the massive Cerrejon coal mine on their territories, and confront refugee flows from neighbouring Venezuela.

Jakeline has participated in strategic alliances of communities and Wayuu organizations with the main objective of making visible the situation of violation of the human rights of the Wayuu people in La Guajira. These violations are the result of internal armed conflict (paramilitarism, militarization of the territory, guerrillas), megaprojects in the territory, and forced displacement.

Like Jakeline, Miguel has taken an active interest in the situation of Wayuu Indigenous women. He has participated in different actions of resistance and defense of the territory, the main challenge being to gain food security. He is an Indigenous and community communicator, publicist, documentary filmmaker and photographer. As well, Miguel is the editor of NotiWayuu and director of NotiWayuu printed, coordinator of the Wayuu People’s School of Communications and member of the Putchimaajana Communications Network.

Jakeline and Miguel are both members of the umbrella organization, Fuerza de Mujeres (Women’s Strength or Women’s Force). Founded in 2006 by Miguel and others, members seek to protect Indigenous Wayuu human rights in La Guajira, with an emphasis on defence of lands and food systems. Miguel is currently the Communications Advisor for this organization.